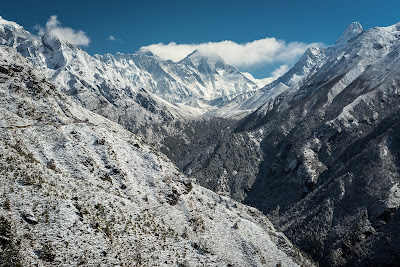 A few days ago, I wrote about India's Medical Device Market: http://chaaraka.blogspot.com/2017/04/indias-bizarre-medical-device-market.html

And then, today, I came across an article that makes things even more interesting. Turns out, Nepal is, as one should, taking advantage of the Indian Government's narrow minded attempts at making medical devices available to the market. While India's ominously named NPPA (National Pharmaceutical Pricing Authority - "Authority", puts a nice Democratic spin to things indeed) has decided to control stent prices (especially for drug eluting ones!) at ridiculous rates, at least two companies, Abbott and Medtronic proposed withdrawing from the market. And, it is possible, Boston Scientific wants/wanted to follow suit.

To further wrinkle matters, the NPPA apparently rejected requests by Abbott and Medtronic to pull out of the Indian market! Yes, and apparently so, because, there is no provision in the law to allow a company to withdraw its products from the Indian Market. Well, if companies did not hesitate about bringing their products to India, now they sure as hell will!

Getting back to Nepal, apparently, not only are Nepali Hospitals accommodating Indian patients, but also the Indian doctors that want to operate on them. In my last post, I had lamented about India losing out on medical tourism, and even I hadn't imagined the problem to be as deep as it is. Doctors from India already have lucrative opportunities to do small stints in the US and Europe, when local doctors, especially specialists, go away on vacation, or are unavailable otherwise. This, apparently extends to regions such as Dubai, Singapore, etc. and that is good for them. I am sure, exchanges happen the other way too, but when talent is displaced due to protectionism, it results in a loss of competitiveness. I assume Nepal is even cheaper than India. So, if you didn't have the price controls in place, even with the cost of the stents on market, and the travel expenses, Indian patients, and patients from around the world can only benefit from going to Nepal, not to say anything about the winning local economy.

Confounding Issues and the Ultimate Losers!

I know I keep saying bizarre, but what shocks me is, apparently the NPPA, egged on by a court decision, and at least one organization, All India Drug Action Network, believes that price control is the way to police, regulate and prevent abuse of stents by hospitals, in their search for profits. Before we jump into further arguments on this, it is puzzling enough that the NPPA also wants the Cardiological Society of India to regulate and police itself, to prevent over-use of stents.

So what does the NPPA believe then? Price control works, but is not enough? Or do they doubt that price control would work? The whole thing looks like a mess, and I can tell you one thing - the ultimate and severe losses appear to be that of India's patients.

We'll keep watching the Indian Government and the industry and see what shakes out. It looks like the road ahead is long and bumpy.

1. The article (loading issues and spelling errors lie ahead): http://www.firstpost.com/india/nepal-cashes-on-as-indias-price-cap-send-stents-disappearing-from-country-3427822.html