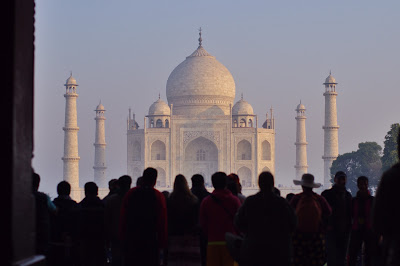 The Indian Government regulates the Indian Medical Device Industry, that are perplexing to say the least. I just came across this news that Abbott is pulling out a couple of their drug eluting stents from India, because of the price ceilings set by regulation (story linked below). Of course, the stents themselves might have issues, including a European Union safety warning.

That said, I still have a few observations here:

1. The drug eluting stent price limits set by the Indian Government appear to be quite low, for any drug eluting stent manufacturer to sell the devices in India. Safety Warning from the EU or not, Abbott appears to be pulling out the stents from the market.

2. Actually, Abbott has "applied" to pull the two stents off the Indian market claiming "commercial unsustainability". They don't say! Apparently, you have to go through a process, simply to stop selling devices in India! Because, of course, if the Indian Government decides that the stents are needed in India to treat patients, they can force you to sell them anyway!! Yeah, it is not just you. I am Indian, and I am a bit shocked myself. Mind you, all this craziness happening, while on the other end, the Prime Minister's Office (PMO) is claiming it wants to aid Foreign Direct Investment (FDI) and a Make in India initiative simultaneously. Honestly, I feel there are very few things out there that could be more conflicting.

If you force people to make their products in India, and then sell it at a price set by the Government's illogical vagaries, how do you expect enthusiasm from foreigners to invest in India. This is quite puzzling.

3. The other thing of interest here is, what of medical tourism. India's cheap medical care with well trained personnel fluent in English has seemed to make it possible for many people to travel from across the world to obtain cost-effective treatment in India. However, if medical devices and other therapies are simply unavailable, India loses leadership and significant revenue and employment in this arena.

4. I am all for Government intervention in healthcare, especially in developing nations. However, these price ceilings appear less to do with patient care. These are but two examples, the drug eluting stents. I am sure there are other devices that face the same sort of excision from the marketplace. Ultimately, Indian patients appear to lose the most here. The Indian Government should strive first to make most, if not all treatments available to Indians, first, before focusing on cost effectiveness. However, cost cutting is a low hanging fruit that politicians cannot resist, and therefore, this appears to be setting a rather dangerous precedent. For those who know the UK's NICE guidelines, know what a slippery slope government control over treatments can be.

5. In relation to all this, I have recently read several articles that lament about Indians' out of pocket costs outweighing subsidies, about the lack of momentum in spending increases by the Government, in comparison to, say defense spending, which is well above healthcare spending.

It is safe to say, India is still not taking a 360 approach to healthcare, and choppy, shortsighted decisions make healthcare investments, be it in medical devices or therapeutics/diagnostics quite challenging for the foreseeable future. We now await new regulatory announcements from the PMO, aimed at improving FDI. I eagerly await to see if any of the proposed changes make FDI, patient access and other aspects of healthcare in India exciting in the near term!