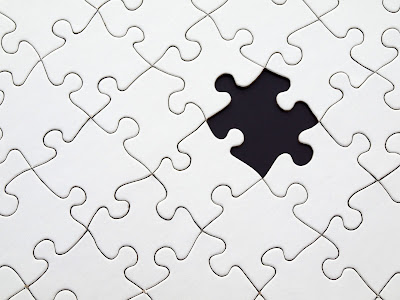 There is a disease slowly spreading across many industries. It is not AI (and no, this is not a Luddite post, I am a huge fan of AI). It is NOT-AI, or Fake-AI or Pretend-AI - we don't have a term for it yet, and sooner or later, one will catch on. But first, let's take a look at the semantics and the problem. It is generally accepted that there are three levels of AI - Machine Learning (ML), Deep Learning (DL) and Artificial Intelligence (AI), progressively, more complex and capable. Variants exist, and yes, semantics are really important.

Machine Learning is a reincarnation of Data Mining, where algorithms help automate learning and response to new data without explicit programming. This is most of what we have as of now. Most "AI" tools, apps and companies you hear of, are limited to Machine Learning. Deep Learning applies artificial neural networks to go beyond Machine Learning algorithms to understand and analyze data. Deep Learning, will hopefully, eventually lead to a true AI that can use its innate intelligence to respond to data by analyzing it and make decisions based on it. This has not happened yet, except in some very narrow situations.

Like I said before, so far, what we have are algorithms, that look at data and perform meaningful, analyses and help us gain insights from them. Some might even make rudimentary decisions, but that is where things stop. Yes, Google's DeepMind and IBM's Watson are quite capable at AI, but they themselves are very good examples as to why, a lot of others claiming to be "AI" are not!

Here is an example:

Perusing through press releases a couple of days old, I came across "Mindstrong", a company that just raised $14mn in Series A Funding. I read about the company, and it is fascinating, but then I have to wonder who wrote the release and why they decided to distract from the clever things the company plans to do by mislabeling the technology/methodology as AI. I mean, you have the $14mn already, so why embellish it now? Moreover, the company is painting a very rosy picture of its clinical trial results, and while one hopes they are truly so, most of us, outside the investors haven't see any of these supposed results. So, this really is a stretch in multiple dimensions.

The company wants to passively collect data on the method of mobile phone usage employed by people with mental health and neurodegenerative issues and then improve treatments based on lessons gleaned from the data. This is great, a first step in using Machine Learning to improve patient outcomes, but without actual decision making, that would be at the same level as, or exceed healthcare decisions made by humans, it would not be an AI. This is not trivial. We live in a time where the FDA is yet to allow Clinical Decision Support (CDS) software to be less regulated. An approved AI is years away, at least.

Moreover, it creates unfortunate impressions in the minds of the public as to how far technological progress has actually been made in healthcare. While I understand start-ups ought to generate enthusiasm in the public and in existing and future investors, I don't think fairy tales will cut it. Moreover, the existing technology Mindstrong describes, which I am pretty sure is clever use of ML, is sufficiently exciting enough, it puzzles me that they would decide to engage in wordplay. An oversight in the press release, perhaps? That would not be so bad. If it is deliberate, then one has to start wondering about other things, such as the stated superiority of the clinical trials.

In general, I now worry, a trend I thought is a few months/years away is here now. Healthcare companies bandying about the word "AI" for things that are far from it. We need brutal honesty (the kind that lost Berkeley access to the CRISPR patents, but nevertheless, a very lofty approach - more on this another time) in helping us understand diseases, standard of care, technologies and all the limitations therein. Only through this, can we engage in disruptive as well as continual improvement of healthcare. Not, by embellishing press releases.