Genetic Screening is heavily misunderstood and therefore, it languishes, rightfully so! 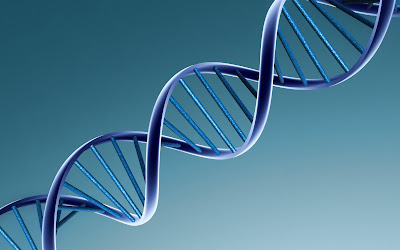 I am going to write about one of my favorite topics, where I will, take somewhat of an antithetical position, and that is going to piss some of you off. If it does, it was meant to. If you are looking for a post that sings the praises of genetic screening, you are in the wrong place, but please do read on and find out exactly why. And no, I am not writing simply because genetic sequencing based ancestry ads have taken over my television with nauseating and stupid repetition focused on letting people know about their "ancestry" (which can be useful, yes, but more on that later). The reasons are deeper.

Now, I am all FOR genetic screening. Eventually, it will be the norm. This post is about WHY it is not being accepted by people at large yet, what is driving that, and the consequential desperation with which advertisements and strong-arming by physicians of their patients. A better understanding of these issues will clear the way for acceptance and genetic screening. So, let's take a dive.

Fear motivates humans in ways almost no other emotion can. Any time new technologies, methodologies, philosophies etc. emerge, people always respond with fear. And with something immensely personal, such as one's own genetic information, people will fear. In a society where science and scientific thinking is shunned and ignored, this is to be expected. So, education and awareness are not only important, they also take time.

And instead, it appears companies and physicians are jumping the gun, trying to push patients and parents, as in the case of a project titled BabySeq, that allows for babies' genetic codes to be sequenced, which apparently 93% of parents, have rejected.

To anyone who has been following clinical trial enrollment, especially in Oncology would not be surprised at this number. In fact, notwithstanding that genetic sequencing doesn't offer any immediate benefits, the numbers, at 7% of babies sequenced, is higher than, in some cases, where oncology trials only draw 5% of those eligible. Yes, a small number of patients would fear the possibility that they will get something other than the standard of care and might even perish. However, fear that a new treatment would fail or have unwanted side effects is probably what keeps a significant number of eligible patients off clinical trials.

A deeper understanding of how people react to new things and ideas, and what it would actually take to convince them to do adopt these things an ideas is essential.

2. Understanding the Non-Scientific Mind and the Non-Entrepreneurial Mind

Given that you are reading this blog, you and I think along the same lines - a mind with a high affinity towards science or entrepreneurship or both. We don't think alike, but, we embrace science, new technologies etc. more readily. When offered an opportunity to have my genetic screening done, I will do so readily, even though I fear, it may not reveal good news.

Much has been written about how entrepreneurs think, and to a large extent, how scientists think. But, consider those who do not readily embrace either, or both think. For them, something intangible, with a lack of immediate benefits, does not present an attractive proposition. They don't care that you can take the genetic information of hundreds of thousands or even millions of people and use "big data" and "machine learning" to glean insights.

When faced with such people, prudent strategies are required to create awareness and help them espouse genetic screening.

If you are yet to hear of her, congratulations on living in a really airtight vacuum. However, as most of you know, her cancer cells were turned into an immortalized cancer line and innumerable research projects were carried out. Her family was never compensated for it. Now, when it comes to giving up their genetic codes, patients have to wonder if the benefits will be reaped by a handful of organizations.

It is clear that gene sequencing and the data analysis has the potential to allow for faster diagnoses and better treatments, the openness of the resulting analyses and findings should be paramount. This must be really hard for some companies to swallow, especially for one, started with the main aim of over-promise, under-delivery and essentially dominate the gene sequencing market, that had to be slowed down by the FDA, only to now peddle ancestry identification advertisements.

Yes, ancestry related data can further help point towards specific disease vulnerabilities among patients. However, as you know a lot of those types of studies have so far resulted in open information (stomach cancer risk in the Japanese population as an example), and this should continue. Give people assurances that you are not planning to profit off their data, and you will get much farther with gene sequencing, especially among healthy people and parents.

There are genuine legal concerns here. Will genetic data be properly blinded? Will insurance companies take advantage of the data to deny or reduce coverage? Will government agencies use the data to track babies or others?

This is more important to a lot of people than the fact that Penn was able to alter the treatment for 80% of the patients whose genetic sequencing had been completed. Finding out what the pain points are for people is key.

Now that at least some of the major concerns surrounding gene sequencing have become apparent, doctors and organizations should implement solutions that are appropriate. Blind the data, prevent unauthorized access to patient information by third parties, including governments and insurance agencies, empower patients and the general population to have control over how and when the data is used, and prevent a random few from profiting off gene sequencing.

Make the future benefits of sequenced genetic information clear to people who think unlike scientists and/or entrepreneurs. And please keep off trivializing sequencing with nonsense such as ancestry. If you are going to use that angle, use it wisely, drawing a clear line to have that is actually beneficial.

Stepping into the shoes of others is critical, and this, I clearly believe is missing in the campaign to have people sequence their genes.