India's drug discovery innovation prognosis is "poor". Is anyone surprised?

I know the last post was also about India. With all the action in India, it is quite tempting to write a lot more India-specific posts. I have saved a few US-specific and generic posts that I hope to roll out in the near future, time permitting.
Outsourcing does not equal innovation

Yes, no blog post on India looks good without a cute image of India's flag. Well, moving on, a research group analyzed patents in the US that originated from India and of over 4,000 patents, found only 20 originated from Indian CROs, and that too were limited to chemistry and shared between two non-US companies that owned the bulk of the IP.

The study and the article based on it (on which this post is based) concludes that India's traditional strength is in chemistry and the whole thing doesn't bode well for the biopharmaceutical industry in India.

Innovation from India - A deeper problem!


India's lack of prowess in drug discovery, or for that matter any field arises from deeper issues.

1. License Raj: Though large portions of this has been eliminated, the damage that the British did and the fact that Indians loved and embraced bureaucracy almost like extremely bored lovers embrace bondage; that too for decades has not helped. Red tape has smothered and choked India quite a bit, and there is no quick way out of this. However, this needs to happen, forming companies, doing research and innovating need to speed up before all of this becomes too expensive to do in India's inflated economy.

2. Geriatric Politicians: Indian politics has devolved into a weird two-party system at the national level and a million party system at the regional levels. It is also scintillated by politicians who are not just physically old, but are also intellectually too old in their world view for the 21st century. Many have no ability to lead India in any positive direction. They lack the ability to take charge and challenge other nations.

3. "Adaptive" Design a.k.a copy the lead: Excepting start ups, and that too the select few that are really good, many companies in India simply copy designs, strategies and everything else. Yes, this disease plagues a lot of companies in the US and China as well, but in India, as a young undergraduate student, I found out that rampant plagiarism was given a cute name - "Adaptive Design" and was being openly discussed and glorified in conferences and even in educational settings.

Of course, there are several other factors, but suffice it to say, the above are among the top handful reasons that prevent India from innovating and truly breaching leadership in drug research, and for that matter any business field. 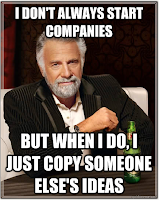 Yes, Zipcar may have been original. True differentiation, however does not come from repeatedly copying that one model. Unless companies look for original innovation, and not yet another car-sharing service for prison inmates, philandering priests or people with no driving skills, they will not be able to forge new paths for any vertical - be it a region or nation. Innovation does not equal also-rans. Rather it requires truly disruptive changes.


Indian politicians, economists, policy makers and founders need to understand this. It is easy to work under duress to make money and carve out a space for oneself. There is a need for companies to plan for the long term. It is perfectly alright for companies to make that easy money initially. However, unless they come up with strategic plans, they will be nothing but glorified call centers, CROs or cheap urine-sample analyzers. I kid you not, there are companies in India that can analyze urine-samples flown all the way from Britain at a cost lower than you could get it done in Britain!

What does drug discovery innovation take?


Drug discovery, needless to say is quite challenging. It will take deep knowledge in biological sciences, pharmaceutical sciences, chemistry, biotechnology and not by any small means innovation in software for success. With increasing expenses, most of the big pharma companies face additional challenges that arise from the "patent cliff". Of course, besides being a glorious opportunity for third-grade MBAs doubling as C-level executives that can lay off hardworking scientists, engineers and others, it is truly something that these companies have to grapple with.

While the "what" of drug discovery innovation can fill a few books, it is essential that innovations in science and business need to be combined with good vision and long term focus for drug discovery success, and this is true of the entire world, and not just India. With literate, cheap English-speaking labor in all strata starting from management to science, engineering and manufacturing available in large volumes, India should not lose this opportunity to some other nation. 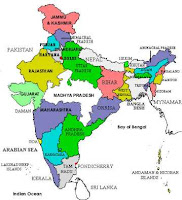 Conclusion: India, obviously needs someone to take bold steps and move the country forward deliberately into the 21st century. Who will do this? Will it be the politicians? Will it be the start-ups? Or like most things in and about India, will it be spontaneous?

I know, as I write this post, it is much easier to simply criticize, complain and point out the errors. However, a change in psyche is necessary. As stated above, the recipe for success should at least include:

1. A younger generation of nimble entrepreneurs with nimble companies that simply flout the status quo and hierarchy that is loved in India and forge forward with innovative, groundbreaking ideas

2. Academic institutions that break free from the familiar mold and equip students with the right knowledge and incite hunger for innovation among students

3. An awakened nation with policy makers, politicians and others who will not rest till India puts herself in the map, be it through innovation in business models, discovered drugs or tools that lead to any of these endpoints and beyond.