During Pandemics, we need honesty, not resignations 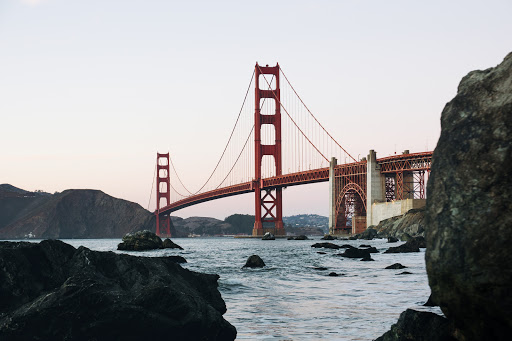 California, my state of never-ending hubris, and chutzpah, is in the midst of a crisis. As with everything else, it is being handled rather poorly. Gavin Newsom, our governor is in a big fight to prove he is a better manager of the crisis than another, more inept leader. Ironically, this has only exposed Newsom's own lack of vision, leadership, and above all, patience. Since I am not beholden to political winds, I am happy to specify criticism every-where it is due!
First, despite the warnings of Santa Clara County and others, waving evolving science in the face of everyone, the State was reopened in a maddening rush to nowhere. We all know how that has gone for us.
Second, Newsom, still hasn't learned his lessons, and keeps looking for "outs", including going out and declaring a 21% drop in cases that simply was the result of a flaw in data gathering and analysis. Of course, the end result is, an otherwise capable enough Public Health Director, Sonia Angell, has resigned, as of Sunday evening, rather abruptly.
The Problem
She is not without blame. Apparently her department knew there were data glitches (links below), and first reported them to the counties, rather than Newsom and State Health and Human Services Secretary Mark Ghaly.
Hence it would appear Newsom had egg on his face, misreporting a drop in cases. Sure, but if you were he, wouldn't you ask yourself why the sudden drop? I would. Let me draw an analog.
Tigers in India and Coronavirus in California 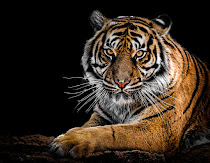 As the genius of some politicians in India was employed into feeding chickens to malnourished tigers in Indian zoos, WWF, an organization I grudgingly support, came out in full throated support of an extremely flawed Indian Government tiger census, a few years ago with a "study" that claimed the number of tigers in India had simply doubled! Now, even if Pfizer had dumped barrels of Sildenafil into all the watering holes in India's National Parks that are well poached, I suspected my ferocious feline friends wouldn't have had that much quick success.
Back then, I was foolish enough to have a fraudbook account (facebook, for the uninitiated), I picked a rather friendly fight with WWF India about the government's count, seriously raising doubts. They assured me, they hadn't counted separate scat deposits, or double paws and what have you, and that this remarkable doubling had indeed happened. Utterly unconvinced, I simply gave up.
Well, a few months after...
This is all Newsom had to do. Have a healthy dose of skepticism, or any at all. He didn't and now we have to lose an actual, educated officer from public service?
Pressure in Public Service and Pandemics 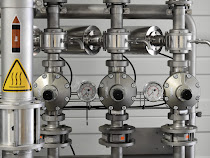 It should be clear to anyone that Newsom made a huge mistake. The San Jose Mercury News just had
an editorial about what a mess our non-recovery, recovery has become. This is perhaps why, just as with publications in science, where people fake data to project success, Sonia Angell and her team, or just herself, or whoever she is covering for, probably hid the data problem.
While Newsom is echelons above Ron DeSata..Desantis, who apparently, simply fired Florida's chief data wrangler for refusing to cook up data, the effect remains.
1. We have lost an official with education and at least passable competence. If politicians get to keep their jobs, why shouldn't public health officials? In fact, I prefer the latter over the former.
2. This has now created unwanted talking points for conspiracy nuts, with a view towards debunking the very existence of the pandemic. Sigh!
3. Continuity is VERY important. Yes, hiding data or data problems is bad. Hiding them from your boss is bad, but people should be given an opportunity to repent, express remorse and still do their jobs, which come with the backing of their scientific training. Especially, "at times like this," as cliched and painful as that has become!
Conclusion
In rushing to re-open a state that was not clearly anywhere near ready, and then playing an odd game of Mahjong with the various counties, Newsom ultimately bears the blame, not the officials who pre-date him. Yes, mistakes were made, and it is rather egregious of Angell to have hidden what happened, but Newsom would actually be demonstrating leadership, were he to disallow the resignation and let her continue to serve the public, with revived interest and earnestness.
Newsom and Ghaly should ask themselves, what in their behavior has caused officials to hide the truth from them, that they were willing to share with the counties involved!
Apply less pressure on public health officials and subordinates where you have failed, purposefully so. For a true leader, the buck stops with you. Not a few levels below you! Especially not on scientists and public health officials. Leave that to imbeciles like elon musk.
Alas, that is not to be! A truly failed opportunity.
Subscribe and Support, Please! Did you enjoy this post? Please subscribe for more updates, using the sidebar. Have ideas or blog posts you'd like to see here? Contact me at yamanoor at gmail dot com.
Images, Courtesy of:
1. Cover Image: Kelsey Johnson via pexels: https://www.pexels.com/photo/golden-gate-bridge-2331573/
2. Tiger: George Desipris via pexels: https://www.pexels.com/photo/close-up-photography-of-tiger-792381/
3. Pipes and meters, pixabay via pexels: https://www.pexels.com/photo/metal-pipes-plumbing-pressure-372796/
References:
1. The resignation of Angell: https://www.politico.com/states/california/story/2020/08/10/california-public-health-director-abruptly-resigns-as-state-manages-data-snafu-9423839
2. The data flaw story: https://www.politico.com/states/california/story/2020/08/07/california-told-counties-about-data-flaw-before-newsom-ghaly-apparently-knew-1306033
3. The great India tiger discount: https://phys.org/news/2020-01-indian-authorities-flaws-tiger-criticism.html#:~:text=India%20is%20home%20to%20the,only%201%2C411%20tigers%20in%20India.&text=This%20was%20one%20third%20more,1%2C411%20animals%20reported%20in%202006.
Posted by Srihari Yamanoor at 8:00 AM
Email ThisBlogThis!Share to TwitterShare to FacebookShare to Pinterest
Labels: Angell, California, Coronavirus, pandemic, Public Health DIrector, response