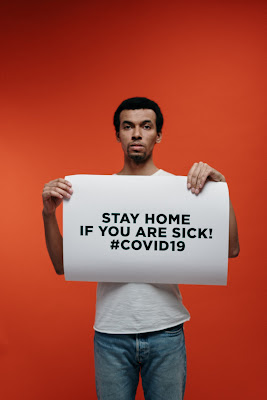 The World Health Organization has been promoting World Health Day, annually on April 7. In years past, one might have struggled to pick from various health conditions and issues, or cohorts to make observations. This year, we are in a unique position where the carelessness and sloppiness of many years has caught up with us, and here we are, with all of health, as potentially the issue to focus on. Here are a few thoughts on this day:

1. First, all healthcare and public health workers. All of humanity is indebted to you, from the First Responders and Police to Doctors and Nurses, Aides, Policy Makers, Public Health Leaders and Workers and many many more. There are many, many heartening and heartbreaking stories coming out, and many yet to be written whenever we can finally say this is done and over.

2. There has been a surprising lack of leadership across the globe, complemented by a surprising display of leadership to complement it. Leadership in crisis, especially a healthcare crisis deserves several blog posts on its own, and I will see if I can find time to write about this issue in detail. However, I will leave you with this. Don't "rally around a flag". That is useless. Hold elected officials to their tasks, and start acknowledging failures, and start punishing them at the polls. Otherwise, you are doing a disservice to yourself, setting bad examples for future generations and prolonging irresponsible responses to urgent situations.

3. It is incredible the amount of disinformation and ignorance that prevails, even among such danger. Just this Sunday, a neighbor was having a loud conversation with someone over the phone, proclaiming that the CVD was just the flu, and that you are supposed to get it and just power through it. For a good measure, he also threw in his apparent distrust of the news, because they were "trying to scare you". I am not about to start proselytizing willy-nilly, so I just let me jaw drop and started pondering exactly what it would take for humanity to overcome such wanton ignorance.

4. The emergence of idiots masquerading as "social scientists" and other nonsense. This includes Peter Navarro, Dr. Oz and a mix of quacks and other idiots. It is remarkable that such people still have influence, and even a pandemic is unable to stop this travesty. There has to be a forceful effort to prevent people from endangering the population.

5. The general lack of preparedness among many places across the world. This is very inexcusable, because we have recently had several smaller outbreaks such as the recent Ebola outbreak, the H1N1 outbreak and others, which have channeled the need to be better prepared. We have to do extensive analyses to understand how policy failures led to to such remarkable failures, and how they can be fixed going forward.

6. Several organizations have abdicated their responsibility. The WHO is suspect of kowtowing to China. The CDC is directionless. The FDA is approving tests at a questionable pace, and is allowing for unscientific experimentation to proceed, just to satisfy people looking for "quick fixes". This causes extensive damage to ongoing and future efforts without significant changes in leadership.


There are many, many more issues to be considered, and of course, they also have to be looked at with both breadth and depth. The message is clear. We slipped. And now, there is yet another opportunity to come out of this situation with a new perspective on things. The real question is, will we?

https://www.pexels.com/photo/fashion-man-people-sign-3952233/
Posted by Srihari Yamanoor at 9:41 AM
Email ThisBlogThis!Share to TwitterShare to FacebookShare to Pinterest