The Myriad Decision: When commonsense took leave of American Jurisprudence 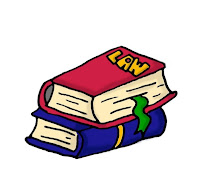 If you thought America's problems were the first-to-invent vs. first-to-file, or the Apple-Samsung trial or the medical device tax as various golf-playing company executives and clueless Republican Congressmen from Indiana would have you believe...you are wrong. The American legal system's problem is...what appears to be a disastrous lack of baseline commonsense! Why would I go ahead and say that?

If like me, you have been reading the real news instead of Taylor Swift and the Kennedy she is dating or why Shia Labeouf and his girlfriend threw a lachrymal part on the streets, you have already heard about the Myriad decision. 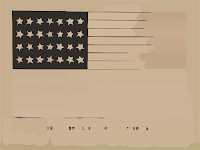 From Antonin Scalia to Tom Head, an otherwise inconsequential Judge in Texas who predicts a civil war if Obama is re-elected, the American Judiciary system is full of some very irresponsible individuals. The fact that the country and her future rests in the hands of such people can best be described as appalling. And now the Myriad decision comes as sound proof of what a mix of lack of scientific education, ethical responsibility combined with partisan judges can do for the future of science, technology and ultimately business in this country. 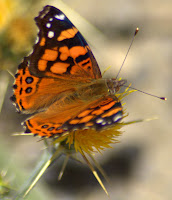 Nature is not an excuse

In the Myriad case, allowing the company to patent BRCA1 and BRCA2 the judge writing the majority opinion wrote - “Everything and everyone comes from nature, following its laws, but the compositions here are not natural products. They are the products of man, albeit following, as all materials do, laws of nature.”

If you read that as if he was interpreting that breast cancer is man-made. The statement also seems to open the doors for people to patent minor variations on naturally occurring substances. However, the problem is a bit deeper. Somehow a collective majority of judges at an appeals court don't even seem to have the level of scientific background that a 6th grader would be expected to have. 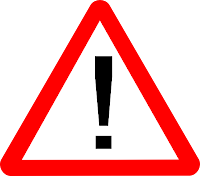 This ruling sets a very dangerous precedent! If uninformed judges are allowed to get carried away and make such poor decisions, then the life sciences industry will truly be in shambles. And this is not some conspiratorial warning for the future - it is already here. Unless a full appeals board or the Supreme Court strikes it down, you will have a whole bunch of patented genes. What will this lead to? The answer is blindingly obvious:

1. Research will be stifled. If something as basic as BRCA1 or BRCA2 is patented, then who would want to continue research and drug development that influences either gene?
2. If someone did want to conduct research, what would they have to do? License the very act of handling, using or talking about the genes from Myriad? How stupid is that?
3. It is not a stretch to conceive that people will start patenting SNPs (Single Nucleotide Polymorphisms) and make even simple diagnoses fall out of the reach of the masses.

There are several other small and large disturbing possibilities.

Protecting ourselves from the judges...

Now that we know a bunch of geniuses are stalking the halls of American Justice, we need to find ways to make sure that research and industry make progress despite them and not because of them:

1. Get Congress to pass specific laws barring naturally occurring genes from being patented.

2. Carefully examine how judges get elected to the various echelons of the judiciary.

3. Establish procedures and guidelines that will quicken the process of censuring runaway judges and if possible, impeach them, or nudge them to retirement.

4. Be vigilant about for-profit companies that would constantly want to find loopholes and exploit them. This one seems so obvious, and yet, it cannot be emphasized too much.