The more obvious ACA - India connection: The windfall to Indian IT

If you are unaware of the Supreme Court decision last month, you are either completely disconnected from the US or are a very successful cave-dweller.

There are several groups benefiting from this decision, all the way from insurance-starved Americans to stir-crazy Tea Party loonies, otherwise known as the GOP. And yes, no matter the amount of fake tears that AdvaMed sheds and its senseless parrots mimic, medical device makers and the pharmaceutical industry are also going to benefit immensely. Sensing huge windfalls, the health insurance industry has also reacted with hidden glee. 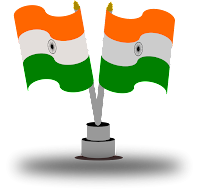 However, one important connection has not been made very obvious. Of course, in an election year, who would want to tout the fact that a whole host of Indian IT companies would be making money from a successful US bill? I always knew that EHR/EMR start-ups and Indian companies would benefit from the Affordable Care Act (ACA) -  the numbers seem to be surprisingly low, at least if you were to believe Economic Times. 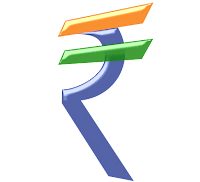 
In the truly egregious manner in which most Indian newspaper articles espouse information, analysts who are elevated to "experts" (although the article, linked below does dole out some borderline-pertinent comments) mention that the Indian outsourced software and IT industry would see about  ₹ 1.2 lakh crores (frustrated by the strange units? Well, that is how the rest of the World feels about FPS) or $5.4bn from the ACA. The analysts from Everest Group, apparently also believe that the true "potential" for this market could be $22bn, which still appears low.


If you look at how big the EHR/EMR and other Medical IT market is going to be over the next decade in the US, one wonders if they mean annually? Understandably, NASSCOM, the Indian IT equivalent of AdvaMed (though not so self-involved) predicts that health based BPO only accounts for 4% of the overall industry, and that it can go up to 11-14% of the total outsourcing business. 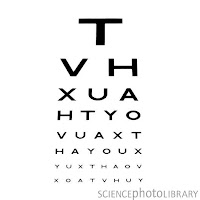 While a single article does not a trend make, it would appear that the Indian IT industry is still stuck on "serving" rather than "leading". This is probably why the numbers appear too low to me. The companies are still probably stuck in the "Y2K" mode - calculating how many L1 and H1 visas they can snag and how they can benefit from innovation that comes out of the US. It would appear to me that the Indian IT industry and India in general has much farther to go before they can develop leadership in the true sense.


It is not that Indians lack creativity, innovation, or simply the power to invent. Leadership has a little more to it by way of ingredients, and I believe this is where the Indian industry with its mob mentality, focused on 90-day cycles is giving in.


An opportunity for the US that the GOP will take away?

Technically, the lack of Indian leadership in IT is an opportunity for entrepreneurs in the US to look past election-year rhetoric.


33 times - that is the number of times the GOP in Congress has tried to repeal the healthcare law. Obviously, this creates unnecessary pall over the healthcare industry, ranging from traditional pharma and medical companies to new and innovative Health 2.0 companies. Over the long term, this could only get worse. Surprisingly, having sided with the GOP on the immensely disastrous attempt to repeal the law, now, on the verge of benefiting from all the effects that ACA will have, I am sure, the industry is tearing its hairs apart over all the uncertainties this constant invective on "Obamacare" is causing to future profits and the very fundamentals of growth in the healthcare industry.


Who will win? India, the US or someone else?


India should take a real close look and see how they have managed to water down a major business bonanza into $22bn or worse $5.4bn. True leadership would mean India turning herself into a leader and direct rather than follow world IT by simply serving as the Global IT bellhop. This might mean fostering indigenous entrepreneurship, doing away with the listless Congress Government, giving the BJP a stern warning that they will go the same route if they don't liberalize; importing Indian talent that has left shores, creating an environment where others would like to come and play - look at Start-Up Chile! There is much work to be done, none of which should involve a lengthy, strategic plan to grovel to others.

As for the US, the democrats need to tout their successes over the past four years, get over the election hoopla and look for true action - reforming legal immigration, realizing that low cost outsourcing is here to stay and fostering innovation. The ACA is only the first step. They should work to put a lid on all the nonsensical lobbyists, stop pussyfooting on efforts to strengthen the FDA and enact other laws key to creating a truly lasting, healthcare solution. Otherwise, if it is not India, it will be someone else!


Look out for more posts on the US and India...

Posted by Srihari Yamanoor at 10:54 PM
Email ThisBlogThis!Share to TwitterShare to FacebookShare to Pinterest