February: American Heart Month - how much do we REALLY know, of the heart? 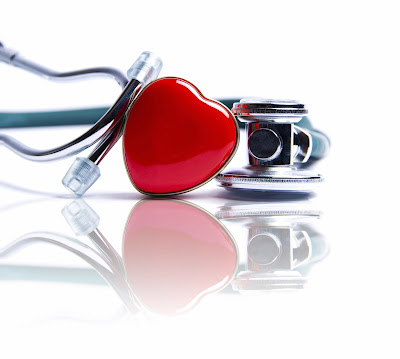 It has been nearly a year since I last posted here. I have had an eventful year, including employment changes, more conferences and illnesses sundry. I have been itching to get back on this blog

Very recently, I got tested for cholesterol, and received mixed, yet mostly bad news. Yes, yes, medical privacy, blah blah, but I am a scientist and don't fear sharing a bit about myself. So, my triglyceride count (119, 879 mg/dL max) appears to be within control, as is my LDL (134, 159mg/dL max), but my HDL came in at a disappointing 35 (40 min, 60mg/dL preferred).

Turns out, this is quite the cause for alarm! For men, HDL is not supposed to fall below 40mg/dL. So, I started doing research. And maybe I watch too many sci-fi movies and CSI shows (not CSI, but I am a sci-fi and true crime junkie), but what I found is quite disappointing.

Being in the medical devices industry can be quite irritating. On one end, we are part of an industry, that along with pharma and biotech oversells treatment benefits, disease cure rates, etc. Every week, one conference or the other has one SME or the other, spinning tales of how far we have come and how well we are doing. In context, cardiovascular surgeons and doctors tend to fight off the brain and nerve guys to be labeled the more effective rock stars.

It is perhaps absolute heresy then, to state that we actually know very little of what we work with. And by "we", I mean all of us - doctors, engineers, scientists, the whole shebang! Yes, we know more than we did, say, about 50 years ago, but there are still way too many unknowns. I have long lamented that many medical devices are not truly rooted in research and basic science. Formerly, my example used to be those "fancy drills" that root through your arteries trying to get rid of plaque (breaking and sending smaller bits into narrow vessels in the brain, necessitating an old-fashioned sink drain style filter). Along came renal denervation. Before DNA and genetics, a doctor or doctors, decided to cut off nerves around the kidney, and found that it dropped blood pressure. And then, some company took that, and with almost no scientific basis, turned that into a device solution. Medtronic, either due to naivety or an effort to drum up the hype, spent a billion odd dollars buying that company. People, especially with their own nerve-chop shops, like to pretend it was the design of the trial that screwed up renal denervation.

In reality, even if the trial was poorly designed, things still look bad. Blood Pressure Reduction has been a tricky problem for a while now. Medication developed through trials on Caucasians was found to be mostly useless when prescribed to African Americans. The Obama administration, seized on this genre of problems and tried to refocus the NIH and other agencies towards research on the basis of race. (As a side note, most devices are also built for adult males, making them unsuitable for women).

More recently though, Iceland became the subject of research that helped isolate genes responsible for High Blood Pressure. Since the population of Iceland is nearly uniform, and because of cultural proclivities, the islanders were typed and the gene was isolated. Now the race is on to build drugs to reduce blood pressure, based on genetics. In the face of that, a crude nerve-searing gizmo falls flat.

When fundamental science is applied as the basis for developing drugs or devices, things go far better. However, most of the time, this is not the case. Now, let us turn to my misadventures with cholesterol.

What we know and don't know about cholesterol:

[This is part of ongoing research. So, I will either create new posts or append references here later, but all of the below stated facts are easily found through basic search engine research.]

1. Cholesterol medications such as statins, mostly lower LDL, but do not help with increasing HDL much.

3. To make things worse, there is only a correlation, unexplained scientifically between HDL levels and cardiovascular disease (yes, high HDL can reduce LDL and thus eventual atherosclerosis, but the other benefits are not clearly related).

4. Research indicates low HDL levels can be correlated to other disease conditions such as cancer! Again, the relationship is not very clear.

5. Many of us have been exposed to the simplified explanations of LDL and HDL as two molecules. In fact there are variants of HDL, and the effects of the individual molecules is not known.

6. Certain foods and exercise are listed as the mechanisms to increase HDL in a way that allows for resilience towards heart diseases. Nutritional science has huge gaps, and it is unclear how many of these recommendations are actually reliable.

7. The FDA doesn't really know how accurate the in-home cholesterol tests are. The only known comparisons to hospital tests are those done by the vendors themselves. Follow up lab tests can happen at intervals of six months or longer, unless you are asked to take medication, in which case the follow up would be six weeks - but this is all typically geared towards those with high LDL levels. An appropriate alternate could be in-home tests, but if no one is particularly able to verify the accuracy claims of the test vendors, how could one use this as a metric? This is not a pedometer we are talking about. This is cholesterol.

There is perhaps much more that is unknown about cholesterol and HDL, and that is very scary. I think there are two important things to consider:

1. Collectively, we have drifted away from considering fundamental scientific research. Pharma is better than devices, but one it is not enough. Secondly, while the endpoint of research has to be the development of a drug, device, combination or a diagnostic, etc., it is important to promote fundamental research. Organizations such as IBM once did this really well in the high technology industry. This is really missing in the medicine universe.

2. Uncovering knowledge will not be enough. We live in some truly perplexing times, ranging from an anti-science US Government, to people who deny vaccines and face no consequences for exercising such antithetical beliefs, putting children and society at large, in grave danger, unnecessarily.

May we use commemorations such as the Heart Health Month, to create awareness, not just of disease conditions, but on how little we actually know of them!