Theranos lives... to die another day? 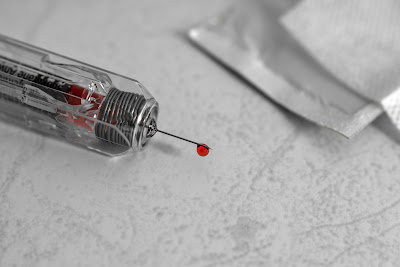 I would be surprised if you were either in the medical devices/diagnostics or the general greed, stupidity and avarice industry and had never heard of Theranos. I mean you'd be in some strange Rip Van Winkle territory there. And, of course, being aware doesn't mean staying in touch. And of course, after all the revelations of unethical behavior, lawsuits and settlements, I thought this pathetic organization was going to go off into the sunset. Clearly, I am wrong!

Fortress Investment Group, probably consisting of people who have gone out of their minds (but perhaps not so much as the folks of Japan's SoftBank who plan to acquire Fortress) has invested in Theranos, with a $100mn loan based on "certain product and operational milestones", apparently. Interestingly enough, the lack of a product and any meaningful operations is what got Theranos here. The founder, used the valley's insanity and potentially other influences, as well as the valley's ignorance of medicine to raise money and label herself as all kinds of the "next big thing".

I could go on and on, but I am not sharing my sense of hubris or bitterness. I do have to point out, I was always quite suspicious of Theranos (I had even considered blogging about this, but unfortunately, I was much busier at that time). When suspicions that Theranos is a failure and had engaged in deceptive practices (they really, really ticked someone off at WSJ, where people engaging in such practices are adored and revered typically), I had posted something on social media, and one of my own close friends, who fancies himself a Valley entrepreneur said, "you have to fake it till you make it". Not so in healthcare, friends. Just give up the idea. Reality eventually catches up to you.

There is more here as to the irrationality that Silicon Valley pushes. Let's take a look at a few salient points:

1. From Theranos to Google's Powerpoint Slides (or is it Google Deck?, as if that is what matters) about using your disposable contact lenses to monitor blood glucose, there is a lot of remarkable ignorance of basic science and the stringent requirements of accurate diagnosis of health condition parameters.

2. The irrational exuberance also extends to complete ignorance that diagnosis is only part of the problem. There are no instant, magical cures. A cure for diabetes does not exist today. Yes, it may and well certainly exist in the future through CRISPR or some equivalent, but even then, there is a business model gap here that people simply don't get. There is NO difference, if you instantly diagnose me with diabetes or sickle cell anemia, or if it takes two weeks. Well heck, knowing that most of these diagnoses can be false positive, I will go to the clinic any way and spend time and money getting a deeper blood draw and go through with a detailed test and a human-in-the-loop diagnosis.

There are specific times and places where a certain subset of diseases would require diagnoses. They would also afford patients and healthcare professionals significant savings at such times. War, post-natural disasters, space travel, travel and living in extreme locations on the planet are all examples of such situations. At other times, the advantages and cost savings are far and few.

You could ask, "well, then why did Walgreens even get in on that awful deal with Theranos? " I assume they just fell for shoddy marketing. Regardless of whether or not they extract a payment from Theranos, some of the procurement folks at Walgreens need to be retrained.

Sure, there are tests that are growing in popularity, such as Cologuard, or mail-in free to cheap testing for HIV. Well, there are advantages to both. And, specificity. Colon cancer testing is painful. And this test, that has you mailing stool samples is only predicated for people who have never had the cancer before and who are not hereditarily pre-disposed to have colon cancer. As to HIV testing, you can now get on PREP, or, at best, knowing sooner means the condition remains chronic but not terminal for most people. Where advantages are afforded, costs and pain can be saved and treatment is available, diagnostic tests will succeed commercially and with purpose.

3. I did give away some of the farm at the end of the last point, but patient/population enthusiasm is key. Yes, you'd get the hypochondriacs to jump on it. And of course the health-crazy (there is a line where consciousness crosses over to plain nuttery). But what about the vast majority of people out there? How are you going to convince them to use such tools when they feel healthy? This is always going to be a problem. Behavior modification and awareness are key areas of my own research and I can tell you, when you separate reality from the valley's hype, adoption is really slow.

4. There is a reputation problem, a problem that Theranos has created. Sure, like a swamp monster, Theranos somehow lives and may raise one day again. However, they have created a genuine problem for everyone, including the competitors whose devices they ran as a cover to provide some of the diagnostic information. When some organization (hopefully someone else) creates an actual working diagnostic scan, they are going to have to put in immense effort to prove that their tests are accurate, and they have an actual value.

5. What would I recommend?

I am sorry, but I think for a long time, till genetics and diagnostics become better and have corresponding interventions become available, these mass tests are going to be absolutely worthless nonsense.

Tests that have high precision and accuracy, and can lend specific therapeutic interventions as a result of their use are probably the way to go.

The fundamentals have not disappeared just because the valley has decided they must: commonsense, realities of diagnostics, treatments, patient interest, payment issues and more. Focus on them, solve the problems, look for innovation, not nonsensical disruption (I still have a magazine advising us all to be "like Uber". Would you?).

1. On the funding (Fortune calls it a perverse Christmas Gift, in case you thought I was being harsh): http://fortune.com/2017/12/23/theranos-secures-100-million-in-new-funding-from-fortress-capital/