Musings on the future of the medical devices industry - start-ups, M&A, funding and so on.. 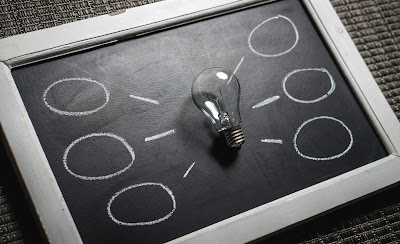 This past Friday, I had dinner with my graduate school roommate. We'd met after nearly 11 years and still, we were able to pick up where we left off. While I have been in Engineering since, he moved on through Engineering in memory chips to M&A, an Executive MBA and is now doing Equity Research focused on the Semiconductor Industry. Therefore, our conversation drifted towards industry comparisons. He related how the semiconductor industry is more or less consolidated, and there is very little left by way of M&A left. Then, we both agreed that there are not going to be many, if any, "start ups" in the semiconductor industry. This is why he moved on to Equity Research. It all made sense.

Then, this weekend, I went away on one of my usual solitary camping trips to the Sequoia and Kings Canyon Parks, and I started thinking about the conversation and the industry and I have a few thoughts that I will share here. Of course, I could be wrong over the long run, but we'll wait and watch. These ideas or thoughts are not in chronological order, and I am not going to try too hard to pin down specific timelines, not the least because of how difficult that would be.

Consolidation is what killed off creativity and entrepreneurship largely, in the semiconductor industry. Sure, here and there something crops up, but the sense of revolution, that is missing. A cooling start up here or there doesn't get you much far. I am sure, upstarts will always shake up every industry, but successful industries need a healthy supply of start ups - the breakthroughs and the incremental innovations. You might say, well, anyone can start up, right, so why would consolidation matter?

Most, but not all start ups exit through acquisition, when successful, and also when at least moderately successful. To set this up, you need as many competing buyers as you can get. If you have one Medtronic-Covidien in the place of two, and one Abbott-St. Jude in the place of two, and eventually, as has been guessed, one Boston Scientific-J&J instead of two, you have start ups and their investors left with fewer options. Already, many investors balk at the regulatory environments the start-ups face, now they have to settle for smaller marginal returns and fewer buyers.

There really is no way around this. This happens in every industry. Pharma was already there a while ago, and medical devices will get there.

One reason you wont see too many semiconductor start ups or pharma start ups popping up all over the place is that, you can't just make the next Gallium Arsenide replacement or the next CRISPR in your garage that easily anymore. Never say never, but this is an issue that is also unavoidable when industries reach a certain level of maturity.

Now, surely, you will note, medical devices don't have this problem. You CAN build a start up in a garage, and go a long way. In fact, my brother and I or an a mission to demonstrate this vividly, and publish some research work soon. However, there will come a point when even parts of the industry become so complex, that innovation and breakthroughs will, of necessity become harder and slower to get to.

I see that at least as far as this factor goes, we are about 10 years or so away, but the time factor is wrinkled by other causes as well, as we shall see.

This happened to pharma. Despite spending years in academy to identify molecules and then running up second mortgages, company founders were having a hard time staying put past a point. Because of the 4-phase process and the high risks of failures all along the way, many times companies would be really close to success and then fail.

To apparently avoid this, and in the name of innovation, Venture Capital Funds took to condensing the funding rounds, in many cases A through D, to provide anywhere from $50mn to $150mn or more in funding for an entity at the very start. Of course, they are very selective about who gets funded.

Then, there are the instances where, big pharma pre-selects start-ups for "collaboration" and does milestone based investments.

The underlying theme in all of this is control, and pseudo-random selection. None of which is good for the industry, the start-ups or anyone in general. Will the devices industry come to this? I think, for the large part, yes. But it will again, probably be a while before we get there. So, far I have seen examples where, unsure of the chances of success of a given device start-up, the buyers provided milestone based payments.

However, it is only after medical devices themselves become quite complex will we see the real need for such funding models to take over and become predominant. Although, devices that can no longer depend on the 510(k) model and require an IDE with an extensive clinical trial would be the first ones to fall victim to such models. This has already happened, though maybe not for the reason I have stated, as in the case of Ardian.

Standardization has always been a part of industries, be it semiconductor, pharmaceuticals or medical devices. In many ways, this factor itself leads to a lot of success. For example, if you are vending a catheter product, you'd have to tell your potential customers, the surgeons for instance, the French size of your catheter. In fact, you'd probably use it as a differentiating factor. This is great. Also, standardization means, getting cheaper components, easier training and so many other benefits. These are the boons.

However, consider this. Standardization also means conforming to a specific size, or category and so on. This can also limit you. It already does. If you ever order anything non-standard, just by virtue of that, you pay more. And not only that, by having to standardize your products, you lose out on innovation and freedom to operate. This is a double-edged sword. For right now, besides the IEC Standards and certain other aspects, this has only helped and certainly has not taken over the industry. However, a time will come when this wont remain as it is.

5. Will the Medical Device Industry fall in with High Technology (and the hype)?

So, the Technology industry is riding its next hype cycle - AI. Even though IBM's Watson and Google's DeepMind maybe the closest we have come to AI, most companies are using mere Machine Learning, most of it in its misshapen infantile stage as a substitute for AI. This has slowly started creeping into medical devices as well. However, the industry is still behind on the IoT wave itself, and therefore, it seems like a good and a bad thing that the devices industry is not in lock-step with high technology.

Because, the bad thing about hype cycles is that most of the craze doesn't amount to any success, and much by way of investment is lost in an effort to create success at any cost. Then, the technology industry crashes and burns gloriously, further scorching the Earth for otherwise promising start ups with incremental or even disruptive potential. This is not to say that the medical devices industry does not have its own hype cycles and the concomitant problems, but I hope that the industry doesn't fall in lock-step with the other, for the benefit of everyone.

This post is a collection of a few thoughts that came to my mind, comparing the medical devices industry, a maturing one, to two mature ones, semiconductors and pharmaceuticals. As I mentioned before, I don't expect all of my predictions to pan out, or pan out the way I think they would, nor would the timelines probably get to fruition as proposed. However, the medical devices industry appears to be inescapably sailing along to maturity much like others have, and some of the stops are going to be the same.

For innovation, funding and success, the lessons others learned along the way could prove to be very insightful, and that, is something, all of us, entrepreneurs, managers, engineers and others alike should focus on.